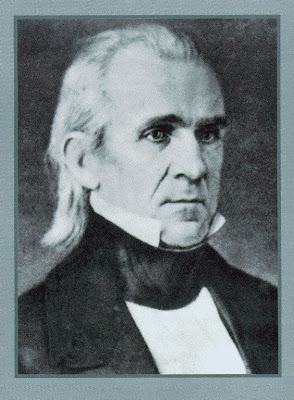 Polk sites that I have visited:


James K. Polk was the oldest of 10 children. He was born on his fathers farm near what is now Pineville, NC. Just south of Charlotte. Eventually the Polk family would move to Tennessee.

The birthplace is now the James K. Polk State Historic Site. Where the birth home once stood the Daughters of the American Revolution erected a triangle stone monument. The Monument would eventually be moved nearby to make room for a reconstructed birth home. The Site also has a small museum. It was a nice little stop on the long drive home from Myrtle Beach.

The Polk Ancestral home in Columbia, TN was the home of Polk's parents, and his at different times in his life. James K. Polk's home in Nashville, called 'Polk Place' was torn down, so this is the only place that Polk lived (other than the White House) that is still standing. Most of the Polk's belongings still belonged to family. So when this house was preserved as a historical landmark, they were able to fill the house with original Polk possesions. 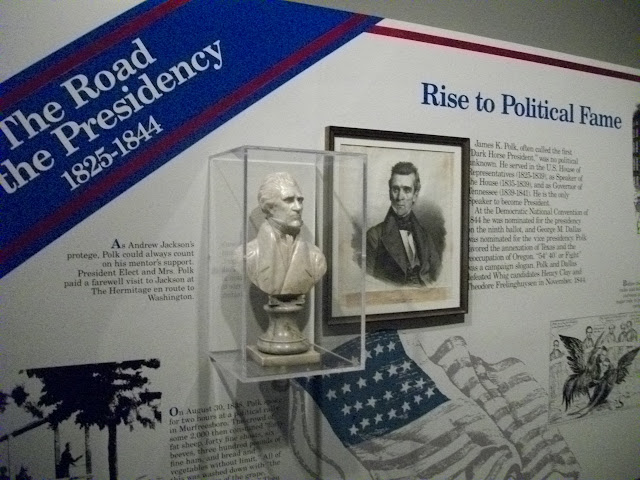 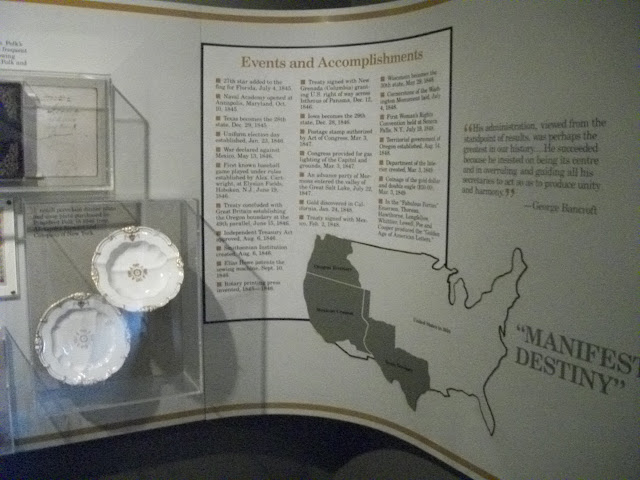 The Polk Ancestral home is a nice site for any Presidential history buff. There is a bigger house next door in which 2 of Polk's sisters had lived. The building is now the visitors center and has a small museum to Polk in it.


The Tennessee sites that I have seen connected with President Polk are all in a relatively close area. Nashville and nearby Columbia. But oddly enough it took me 3 stops to the area to collect all of them. The first was in June 2009 on the way down to Texas we made our first stop to Polk's gravesite at the State Capital Building. Then in June 2011 on our way back from a return trip to Texas we stopped at Polk's Ancestral Home in Columbia, TN. Finally in March 2012 we stopped in Nashville for a day and half, and we were able to take it all in properly. On this trip we revisited Polk's gravesite and saw all the other Polk connected sites with help of a friend I made online. With Josh as our guide we were able to hit a bunch of great sites in Nashville in just a few hours.


James K. Polk is one of our most successful Presidents. He only served one term, but it was probably the most successful single term of any President. 'Manifest Destiny' was the belief that the United States was destined to span from the Atlantic Ocean to the Pacific Ocean. Under Polk we went to war with Mexico, as a result we got California and much of the Southwestern U. S. He also settled the land dispute with Great Britian over the Oregon Territory, settling on the 49th parallel as the northern border.

Polk is often called the hardest working President. Some go as far as saying that he worked himself to death. He died only about 3 months after leaving office at the age of 53.
Posted by Klo@NicksDad at 6:48 AM

Email ThisBlogThis!Share to TwitterShare to FacebookShare to Pinterest
Labels: Presidents